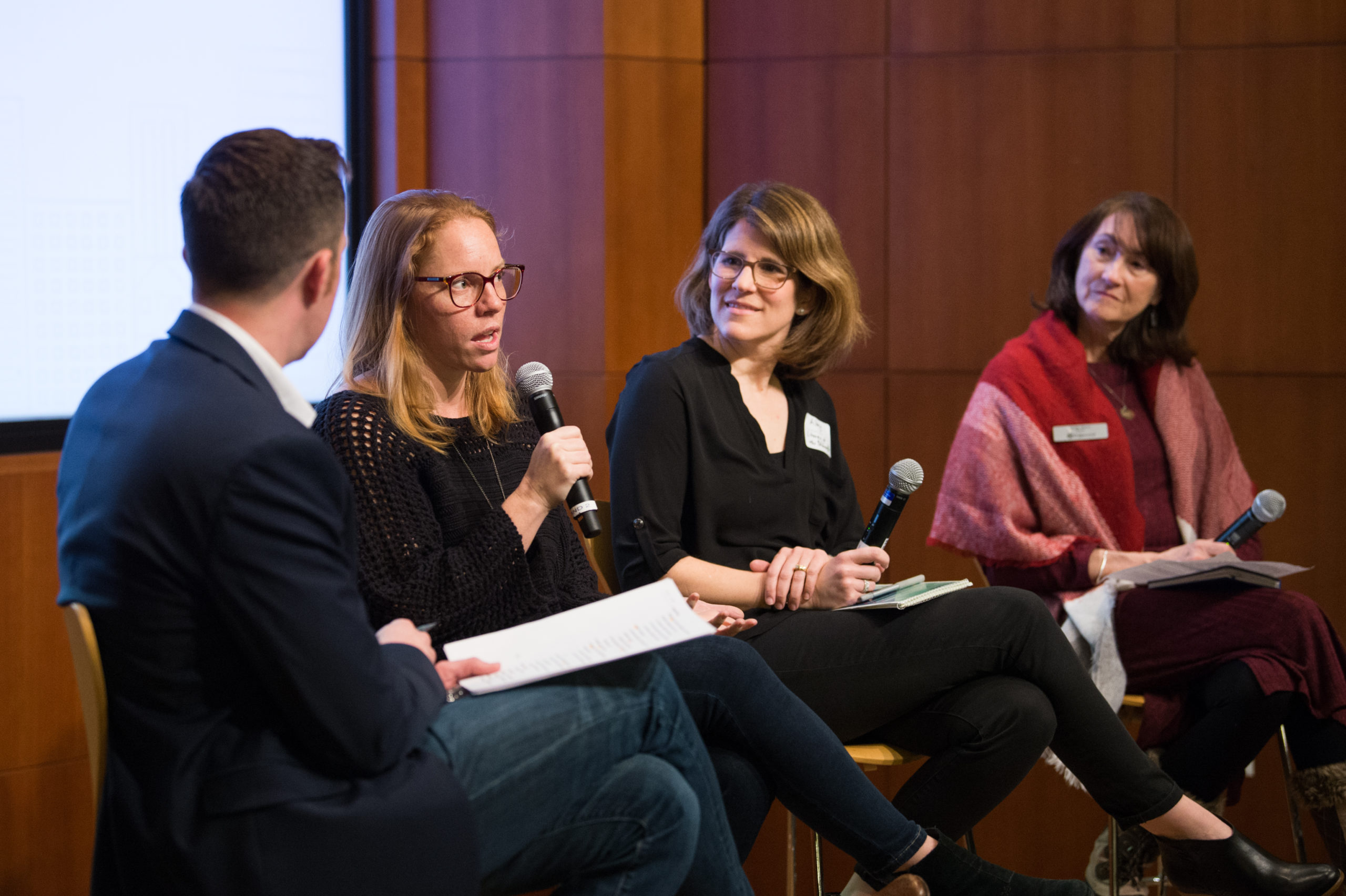 A Voice for Change

As a native of southern California, Angela Evans felt at home along the U.S.-Mexico border. She made countless visits to Mexico for church mission trips, and her church hosted a Spanish-speaking service. But she didn’t expect the border to serve as a focal point in her future career.

After college, Angela found a job at a church running a leadership development program that equipped community members to put their faith into practice in the workplace, rather than inside the church. “We talked about calling in a way that wasn’t specific to church or ministry,” Angela explained.

But the job was shorter than Angela expected. After the ministry closed, Angela considered her options and decided to pursue a career as a journalist.

Angela landed a job at Boulder Weekly, an independent newspaper with a bent toward justice, healthcare, arts, and culture. She began writing about immigration and discovered that her assumptions about immigration issues in the U.S. failed to match reality. “There are so many stories of people experiencing horrific things and fleeing horrific things,” Angela shared. “There’s a conflict between what our country expects around immigration and what I saw happening during my reporting.”

The move from California to Colorado left her struggling to find community and the kinds of intellectual challenges she enjoyed in earlier roles. After attending an event hosted by DIFW in early 2017, Angela learned about the 5280 Fellowship, a nine-month spiritual and professional development program for believers in Denver. “I was really drawn to the 5280 Fellowship because I felt like I had a pretty decent integration of my faith and work,” Angela explained. “I understood why I was a journalist based on my faith and my calling. I’d already gotten a faithful vision of my career and why I thought it was important in the context of the Kingdom. But the support from my church and community was lacking.”

While the 5280 Fellowship creates a community of professionals across industries, it also encourages participants to identify an area of their work or their industry in need of restoration and redemption. Based on her own reporting, Angela was curious about the challenges of the immigration system and how Christians in Denver were addressing them.

As part of her Fellowship project, Angela met Greg Mortimer, a small groups pastor at The Embassy Church in Denver. Greg facilitated outreach through his small group to immigration detainees at the Immigration and Customs Enforcement detention center in Aurora, Colo. Greg’s team introduced Angela to Martin Akwa, a Christian seeking asylum and fleeing his native Cameroon. Martin had spent three months making his way from Ecuador to the southern U.S. border before he was detained while his asylum claim was being processed, eventually falling into a deep depression from social isolation and the conditions at the detention center.

Martin’s story opened Angela’s eyes and reinforced her sense of calling to shed light on the plight of refugees. “I just wanted to get as much information out there about the people and their stories, the system, abuses, and the policies,” Angela explained. “The more I became aware, the more I felt compelled to share that awareness with others.”

“You have national and local outlets scrambling to cover and break every story. There’s been this added competition,” Angela said. “I felt like I was competing, and I couldn’t handle competing for people’s stories. The advocates and immigrants are real people, and I want to respect their stories. They’re overwhelmed by living through the reality of these policies in these times. I didn’t want to add to the pressure by using them to get ahead in my career.”

Despite this reluctance, other news outlets started paying attention, and Angela continued pursuing her Fellows project even after her time in the program ended. She followed Martin’s appeals for asylum and published an article with Christianity Today in late 2019 highlighting the role of The Embassy Church and their work with immigrant communities.

The impact of the 5280 Fellowship continued long after Angela’s time in the program. “The biggest impact has been the support of a community in what I do,” Angela shared. “My friends from the Fellowship are definitely some of my closest friends. We still get together and talk about our work. They still ask me really good questions and push me forward in my career.”

While the 5280 Fellowship provided Angela with a community, it also reinforced her understanding of her calling. “I see my work as a public service,” Angela said. “I feel like everything I’m doing is in service to the public. It’s in service to the people’s stories that I’m telling and giving voice to the voiceless.”