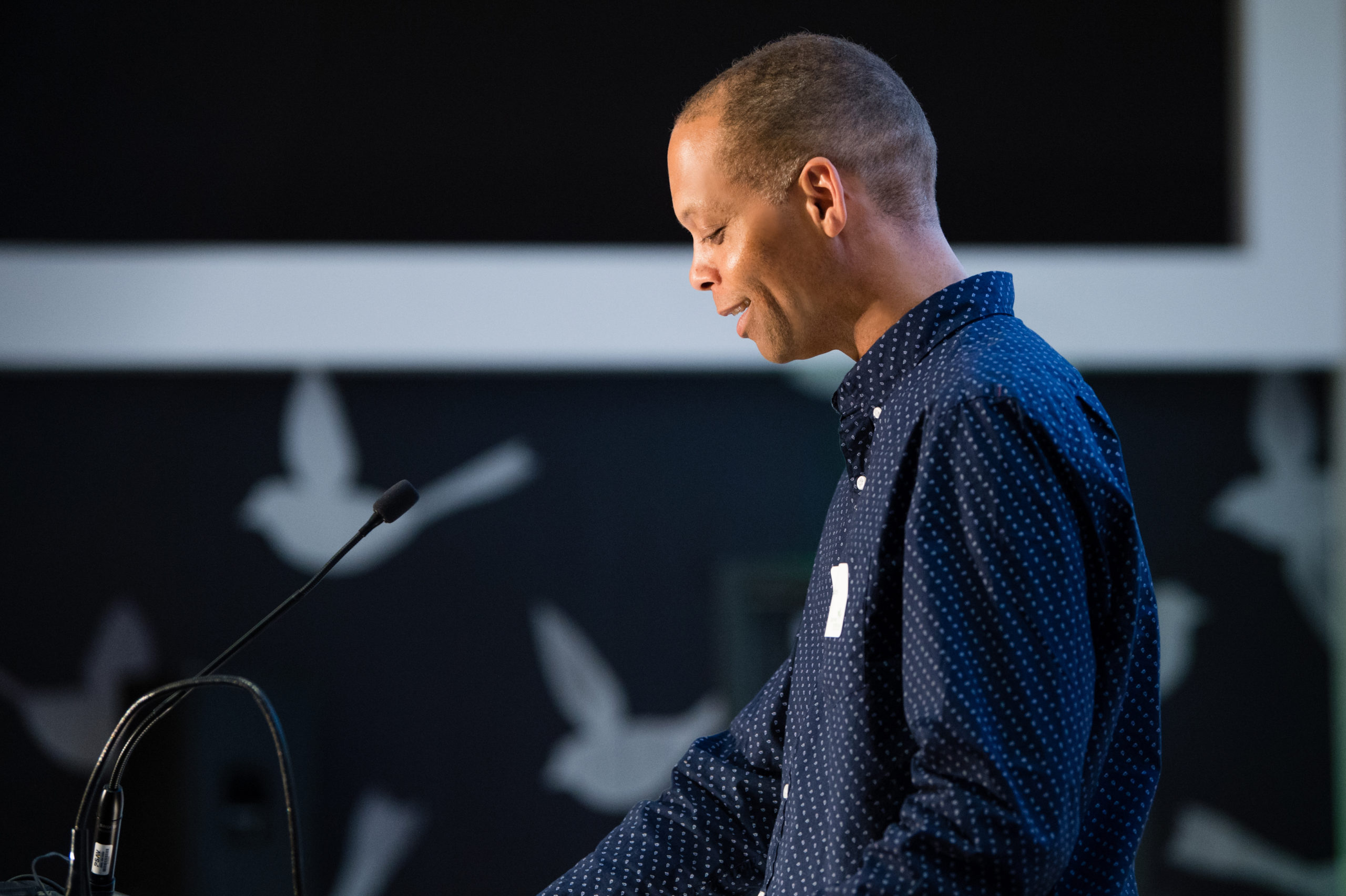 A Fellow Tackles the Risks of Social Media

For all its redemptive potential, we often hear about technology’s darker sides: a retail company loses customer credit card information; a popular social media platform sells user data to advertisers; and a search engine skims private emails to deliver relevant ads. Making matters worse, the apps on our smartphones seem to command our attention rather than create meaningful connections between people. The negative impact of social media and smartphone technology wasn’t lost on Joel Hughes, a 5280 Fellowship alum. “I couldn’t ignore the fact that people’s smartphones were beginning to take over their lives in ways that weren’t always good,” Joel shared recently.

As part of his professional project during the program, Joel decided to use his skills and background in IT to shed light on the darker side of social apps. “I felt like I could have some kind of an input…and help inform the conversation.”

Joel started by researching everything he could find related to negative social media effects, from popular commentaries to academic journals. “I wanted to bring together in one location…a lot of the comments that I had been hearing and a lot of the insights and opinions I had about these technologies,” Joel explained. “I saw them in all different places, whether in editorials or in online magazine commentaries about technology trends, but they weren’t really assembled in one place.”

Based on his research, Joel decided to advocate for transparency through his project during the 5280 Fellowship, so he set out to create a tool that educates social media users about the risks of technology. After months of work, Joel developed a website plugin that incorporates visual elements to represent various components at work behind the scenes on many social media sites and warn users about potential risks.

“I wanted to develop something that had some kind of visual appeal…that would describe the effect this technology is having,” Joel explained. “I’ve been trying to figure out a way to present it back to people that would make them maybe give second thought to ‘Is this a good idea?’ or ‘Should I change my way of using this technology?’”

For example, when a site is at risk of being hacked or “spying” on users, an icon pops up warning about the potential usage of device webcams and microphones. “All of these technologies…are able to be hacked into, and may of them actually record things that you never mean to be recorded,” Joel explained.

Additionally, Joel relied on research into the brain effects of social media to recognize a problem with the all-too-common continuous scrolling on webpages that never seem to end. He incorporated an icon so users know when sites are built around endless scrolling and designed to keep users engaged.

“One of the most addictive traits that’s been adopted on a lot of sites is the endless scroll,” Joel explained. “When a website keeps scrolling down with endless new content, it prevents users from feeling a sense of closure or completion that would signal them to move onto something else. This drives up the ‘time on page’ of an app which is used to sell more advertising.” He captured this through a roll of toilet paper that may never end.

For Joel, the project helped him see the risks that technology presents to meaningful human connection. “These technologies make it seem like you are interacting with a real life human being, when in fact, you’re interacting with a machine,” Joel said. “I think it really distorts your perception of what it means to be connected to an actual being…and what it means to be connected to God…[Social media] is making you think you’re known and seen in a way that really isn’t genuine”

As for the 5280 Fellowship, Joel credits the program with helping him see the impact of his work beyond a 9-5 job. “It’s been a huge learning experience,” he explained. “It’s been a great exercise in making me think about what I do in my working life that can actually have an impact that correlates directly with something I see deficient in a spiritual context, or in a context that goes beyond your work life.”

Ultimately, Joel hopes to reframe our thinking about the ways we use technology to connect with each other. “Social apps try to invisibly create a feeling in us that only God can meet. I wanted people to think twice about what it really means to be known and seen and seen; don’t fall for a counterfeit.”